Grieving a Crossed Over Long Lost Friend | Signs from Heaven 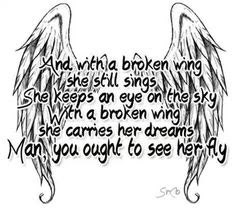 It is something really difficult when a long lost friend has crossed over, and you just found out. It may be Days, Months or even Years. It is not easier because of the distance, or the lack of communication, often it is actually harder.
Recently this happened to me for the first time. I have lost friends, family and pets. This however, is the first time that I have lost a long lost friend. I am going to refer to my friend as K for the purpose of this blog. She has not reached out to communicate with me yet, so I don’t want to post about her without her permission.

K and I met close to 15 years ago. We worked together, became extremely fast friends and loved every moment of it. She was a bit over 20 years older than me, but her spirit was that of a magnificent innocent sculpture. I began to get to know her children quickly, and her and I spent every moment we weren’t working together, together. I was in a brand new town at the time, and she showed me the ropes and invited me to new places. She was a country girl through and through. For about a year, we were inseparable.

She introduced me to Karaoke. Her and I would SING and SING and SING. Even though I am 100% a rocker chick, she helped me to see that I had a "country" voice. I fell in love with Karaoke and that followed me everywhere.

Both her and I began relationships. Myself with my Ex Husband and her with out of all people, his Brother. Being in a new relationship is always straining on a friendship but since we were dating brothers, it made it a bit more interesting. We were able to do alot of things together, and separate. The time came however, when I felt the need to move on to a different city and start a better life somewhere I “belonged”. So, I moved. Her and I kept in contact, saw each other when we could.

Life just decided to then take us in 2 completely different directions. K and her beau broke it off, and she had some family issues that took her very quickly somewhere unknown to me. Since her and her beau broke it off, and this was not a time of “communication”. There was no phone numbers exchanged, and we completely lost contact. Shortly after I moved across the entire USA.

From time to time, I would have a memory… she would pop in my head, and I would wonder how she was, if her family issues turned out ok, what ever happened to her. I assume she thought the same. As the times of social networking came out, I began searching for old friends. She was one, but never found anything, and periodically over the last few years, I would search for her online with no luck. Her children had a different last name that I didn’t remember, so even searching for them turned up nothing.

Then, one night not to long ago. I was sitting here, and she popped into my head random. Suddenly I remembered that she had changed her last name, and that K was actually her middle name that she went by. So, now that I out of the blue remembered her full name! I was SO excited. I could feel the joy shaking through my body, that I just might connect with my long lost best friend!

I typed it into google, and anticipation.. very quickly turned into disbelief and sorrow. The very first link to come up… was to her obituary. I gulped, began to tear, and clicked on the link. To even more my horror, she passed away 4 months ago. I am devastated. Why didn’t I remember this 5 months ago?I could have chatted with my best friend, at last one last time.

I began sobbing over the loss. The revelation that it was only a few months ago is what set me over the breaking point. My resentment towards us both going our own separate ways. Then came the memories, and trying to remember the last conversation that we had, and what was our last words to each other? Blank. Nothing. Don’t remember.

The Obituary did not have a photo, so I dried my eyes enough to see, and went on Facebook and typed in her full name. There was was, JUST as I remember her. That beautiful soul, that beautiful energy. Thanks to Facebook and modern technology, I was able to see photos of her life since we parted ways. What looked like a good life, a good 13 years.

I saw photos of her grown children, her grandchild that I also knew back then. Her new grandchildren in their beautiful glory. The wonderful man that she met and married years ago. She lived a good life.
The Obituary was very vague. I don’t know how she crossed over exactly. I just know that she went too soon at barely 55 years old, but her light followed her, and finding out took a part of mine with her also. Another piece of my heart gone to the other side.

It took me some time to really process this. I wound up doing the typically why, how, when, could I have done something, what if we had stayed in contact ect. In the end, I realized none of that matters, as I have amazing memories of her that will never go anywhere. I downloaded some of her photos to keep with me. I sent her daughters a brief message about how much I loved them and their Mother.

Then, I realized…. K reached out to me. There was NO reason what so ever for me to think about her that night. Nothing that jogged a memory. Nothing that would have made her come into my mind… except for her herself. She remembered me. She wanted me to know. K was talking to me, one last time. Even though no words were spoken, it was the most beautiful interaction we ever had. I made an impact on her life. She missed me. I am loved…. even from beyond.

This doesn’t make it easier to process. I don’t feel closure yet, and don’t know if I ever will.

She is on the other side, but still watching over me. K my angel. Showed me the world, showed me love, and continues to light me up with that magnificent energy.

I love you K. Can't wait to Sing with you again!

Popular posts from this blog 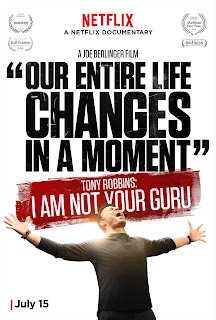 'I Am Not Your Guru' a Netflix Original Documentary Film  - That follows Tony Robins during one of his 'Date with Destiny' Shows. It also goes behind the scenes and shows everything about the 'Guru'. You can find more information on the Tony Robbins Website / https://www.tonyrobbins.com/documentary/ WARNING: Spoiler Alert and Explicit Language Alert I myself have been a huge fan and follower of Tony Robbins for most of my life. Everyone needs someone that they admire and aspire to be. Even though I am a Psychic Medium and don't consider myself a Guru I still find him more of a Inspiration and someone that I admire more than the other long time Psychic Medium's in my field. I have read most of his books beginning with 'Awaken the Giant within'. I like him, because he is honest. He is about being honest, telling the painful truth, and being Fucking blunt. Which I love as that is my truth that I live daily. I have been anticipating this film
Read more 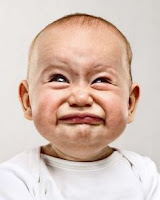 Hold on to your Butts because the next 6 weeks is going to be a wild ride that technically started about a week ago! Astrological Outlook 4.21.16 to 5.31.16 | Full Moon | Mercury Retrograde | 5 Planet Retrograde | A bipolar 6 week Journey that is going to force us to Finish what we started working on at the beginning of 2016. This includes everything from projects we started, to relationships that began or ended, to making tons of decisions about your current way of life. This period of time is going to be chaotic, tough, easy, happy, sad, emotional, and pretty much everything you could think of, all within a 6 week period. But, once it is done, so much will have been accomplished, decided, and much past baggage will have been sorted, dealt with, thrown away, or reused! Now, with everything that I have read, researched and even just my own intuition. I honestly feel that this retrograde really is going to be a good one. I don't ever recall actually saying that about a retrogra
Read more

How I Survived waiting for My Soulmate to 10 Year Wedding Anniversary! 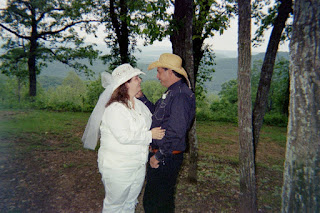 May 6th, 2016 was my 10 Year Wedding Anniversary. It honestly feels so weird writing that as 10 years ago, I honestly would have never thought this day would come. 10 years may not sound a lot to some. It is unfortunately a very long time in our day and age. It is an even longer time considering we don't have any children. My husband and I have overcome an extreme amount of obstacles. Those of which are very typical for Soulmate relationships. True Soulmates are typically not the couple that you see that is smiling and always seems happy. They are the couples that go through some of the most horrible obstacles and accomplish them and get through them together. They are the couple that in the end, your friends and family are saying "how did you guys survive"! Now, this is not a blog post about details of my Marriage or the things that we have been through but just to give you an idea. We have overcome Fertility issues, Addictions, Past relationships, Financial pr
Read more